Trustpilot
Go Back
Filter by:

If we can do it so can you!

Jack Ross Chartered Accountants are taking part in the Great Manchester 10k Run next May 2017. Why not get your self involved? You can either come and run with us, sponsor us or just simply cheer us along. We will be running for the Mental Health Mind UK charity.

We have decided to compete with our rival company Concerva. The company who can raise the most money and get the overall fastest time will win and the looser will have a forefit. 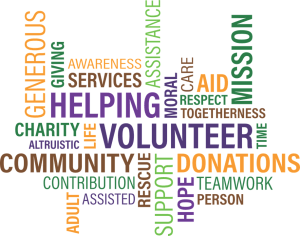 Here is a little bit about the event its self…

The start line is on Portland Street near the junction with Oxford Street. The finish system will remain in operation until all runners have crossed the line on Deansgate so all runners will receive their time and Finisher’s Pack.

Look out for…
Take in the views of Manchester United’s Old Trafford stadium, the award-winning Imperial War Museum and The Lowry. You will also pass the famous cobbles of Coronation Street’s new set. Perhaps the most significant landmark will be Beetham Tower, the 47-storey skyscraper which almost marks the finish line for you!

Bands on the Run and charity cheering points
We’ve got a great Bands on the Run programme for you this year, with 10 music zones, DJs, live bands and Inspiral Carpets’ legend Clint Boon’s Boon Army stage at the halfway point to lift you for the second leg. We’ll have two Key 103 Wall of Sound sections for you at 6k and after 9k, featuring Key 103’s specially chosen playlist to drive you along. If this isn’t enough then the Manchester University Go Zone at 8.5k offers even more music, encouragement and a jelly bean or two for that extra lift. There are official charity cheering points on the course from Cancer Research UK, We are MacMillan, Royal Manchester Children’s Hospital and The Christie, so give them a wave as they cheer you on!